To this day, I’ll always remember two of my Mum’s favorite expressions, “Never give up on your dreams,”  and  “Some times you have to take life’s struggles,  one tick at a time.” 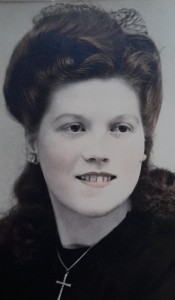 Because of her and my beloved husband, and the encouragement from a few of my dearest friends – one of my biggest dreams DID COME TRUE! 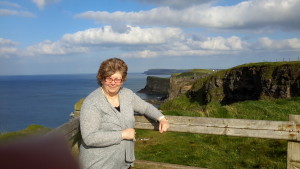 I want to thank Alicia, at the Herald Mail Papers for doing the following, lovely article on me:  http://www.heraldmailmedia.com/life/invitation-to-book-signing-is-author-s-dream-come-true/article_a5e3e8b5-a52a-5e96-a09c-2388ab612e73.html

As a young girl living in Carroll County, Md., Patty Koontz heard tales of wee people and fairies, of magic and enchantment.

Koontz’s mother, Evelyn V. Taylor, whom she refers to as “mum,” grew up in Belfast, Northern Ireland, and passed on her Irish and Scottish heritage.

“My mum served in the British Army during World War II,” Koontz said during a phone interview from her home. “She met my daddy, who was a U.S. sergeant. She came to this country not knowing a soul and started a new life here. I grew up listening to these stories. She believed in the leprechauns. She was very superstitious.”

Koontz, 59, of Westminster, Md., took those stories and tucked them away, long past the passing of her her mum when Koontz was in her early 30s. She kept busy with her marriage and full-time work in the accounting and project-management end of construction. Eventually, she began to write.

“Honestly, I have been writing since I was a child, but I put it on a back shelf until about five years ago,” she said. “That’s when I seriously started to pursue it, and then I got published about two years ago.”

Koontz, who writes romance under the name Patty Taylor, will be among the authors at a book signing from noon to 2 p.m. Saturday, Feb. 4, at Turn the Page Bookstore in Boonsboro. Other authors will be Kristen Ashley, Lori Foster, Laura Griffin, Kristan Higgins, Suzi Weinert and New York Times best-selling author Nora Roberts, who also writes as J.D. Robb. Roberts’ husband, Bruce Wilder, owns and operates Turn the Page. Roberts will be celebrating the release of “Echoes in Death.”

Teachers told Koontz she had a knack for writing stories since she was little, but in her mind, there was an obstacle.

“I hated English. To this day, I hear ‘grammar’ and I freeze,” Koontz said laughingly. “Teachers told me, ‘You have a gift. You need to buckle down.’ I made good grades, but I hated English. They would get me to stand up and tell stories or write stories, but I never thought I was good enough.”

Her husband was instrumental in giving Koontz the nudge to write the stories she heard. During 2012, he encouraged her to go to Ireland.

“It took me more than 50 years to get over there. My husband sent me over. That’s been a dream all my life. I love it over there,” Koontz said.

She has since returned two more times, finding unbridled inspiration there for her writing. She stayed with a cousin who took her all over Northern Ireland and Scotland.

“I saw the countryside and it brought the stories to life for me. I actually got to see the place where mum met my daddy, where they walked along the beach,” Koontz said. “You go over there and it’s just like stepping back in time. There are castles everywhere. My mind, my imagination, just run wild. It brings to life what my mum was telling me in all those stories when I grew up.”

The spelling of “magick,” she said, is symbolic of “old-time magic.”

“‘Magic’ is like a magician that gets up on a stage. True old-time ‘magick’ that goes centuries back is spelled with a ‘K’ and it gives me a brand that people recognize,” she said.

The trilogy contains adult themes and romance, Koontz said, but not erotica.

“I was inspired by my mum, and I use a lot of my own imagination. What I do is a lot of enchantment and magic and lore, and I combine it with romance and time travel. I try to mix some lore with some of my own ideas and fantasies. I include mythical creatures like dragons and selkies, witches and fairies,” Koontz said.

Some of the stories and mythical elements of her books lend themselves to children’s literature, she said, and many people who read them suggested that she should also write for that genre. This year, she self-published a children’s book, “The Magick of Wee Darby.”

Koontz, who has spinning wheels and has worked in ceramics and fiber arts over the years, crafted a needle-felted doll depicting the main character of the book. Wee Darby, she said, has been enthusiastically received on the Facebook page “Wee Darby and his magical friends.”

Just two years ago, Koontz stood in line for hours at a Turn the Page Bookstore book signing.

“I have read Nora’s (Roberts) books. I’ve been a fan of hers for many years,” she said.

The day before she first met Roberts, Koontz was sick and at a hospital.

“My husband said, ‘You can’t go up there.’ I said, ‘I am going to meet this woman.’ It took me three hours. I stood in line until I got to meet her,” Koontz said. “I told her I just had a book published, I gave her a business card, and she congratulated me. I got my picture taken with her.”

Koontz connected with the store manager, who invited her to take her book to the store. When she took the second book in the trilogy, she received an invitation to participate in a signing.

“You don’t say ‘no’ to something like this. This is the opportunity of a lifetime, a dream come true for me. I cried about it, happy tears, to be honest with you,” Koontz said. “One thing I regret is that I put writing on the back shelf for so many years. I wish I would have pursued it a long time ago. All that time was lost because I didn’t pursue my dream. And now I’m glad I did.”

WHAT: Book signing at Turn the Page Bookstore featuring Nora Roberts and other authors

COST: Free admission to store. All books autographed at event must be purchased at Turn the Page.

MORE: For more information about Patty Koontz and her books, find “Patty Taylor author” or “Wee Darby and his magical friends” on Facebook; or go to www.pattytaylorauthor.com

Thanks for joining me at my blog!   Please feel free to leave a wee reply/post below for a chance to win a free ebook copy of your choice, for Mortal Magick or Sea Wolf Magick  –   I’ll be posting the winner’s name next Sunday evening at 6pm EST  February 5th.  Wee Darby and I hope to see you at the signing next Saturday at Turn the Page Bookstore, in Boonsboro Maryland!  Click here for event http://ttpbooks.com/category/VB.html 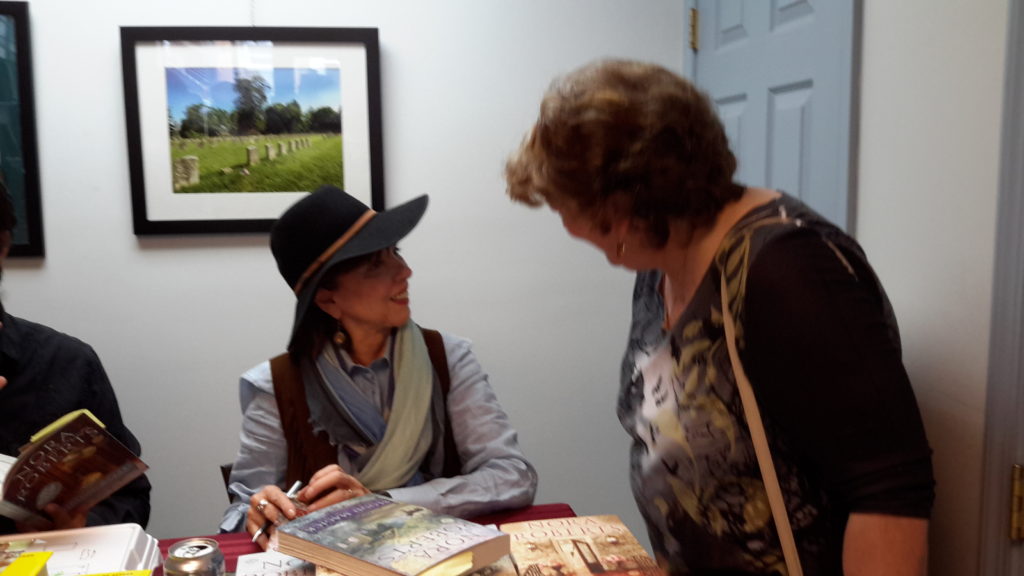 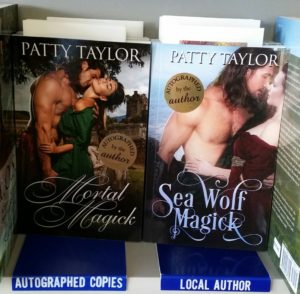 6 Responses to Dreams can come true