The Magick of Irish Castles

The Magick of Castles 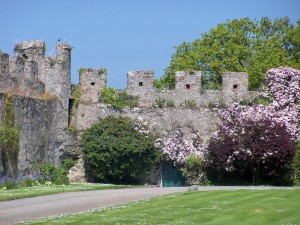 Each time I see these photos, they bring to mind the many myths and legends from centuries gone by.  Of olden days when fair maidens wearing long, flowing gowns waited for their knights and rugged Highlanders to sweep them off their feet. 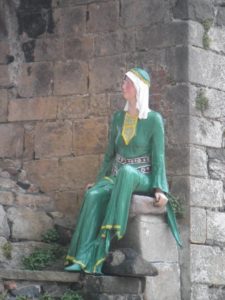 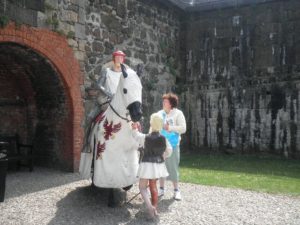 Can you imagine all the stories safeguarded within the ancient weathered stones, guarding the secrets of ancient spirits who once dwelled within their walls and stepped across their winding paths.
There’s an old Irish saying  “When you take a path, the path takes you.” 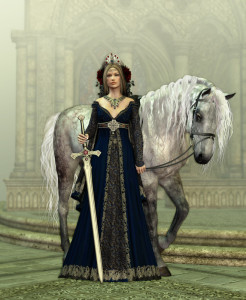 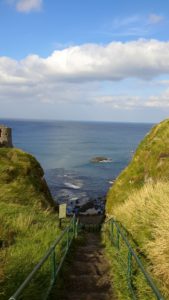 For a special treat for the holidays, I thought I’d share some photos of a few castles I got to explore on my visits to my Mum’s home in Northern Ireland
The oldest Castle located in County Antrim is Carrickfergus – a Norman castle built in 1178 by John de Courcy. 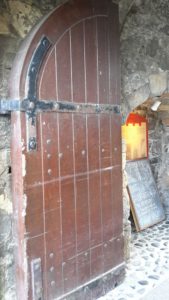 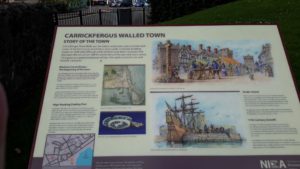 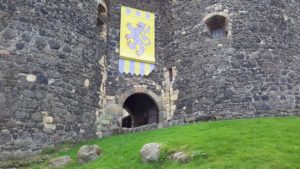 “A frigid draft blew through an open window, imprisoned with cobwebs and thick bars. Goosebumps pricked her arms. A tapered light flickered in the corner of the room. A lone, thick candle sat perched on top of a stool. She peered around the eerie chamber searching for any signs of a blanket. Still shaken, she made her way to the seat splattered with gobs of melted wax and grabbed the only source of light. Taking short steps, using her other hand as a shield, protecting the flame from the increasing wind; she moved around her jail in search of a door.

By the Goddess!I’m stuck inside a dungeon! Now she knew how wild animals must feel trapped inside a cage. Like a brutal fist shoved in her face, the cold hand of reality struck her. She had to get out of here. Now.

She raced to the stool, seized it between her shaking fingers and carried it beneath the window to stand on. Her trembling hands grasped the thick, callous bars. Fighting back the surge of tears ready to burst, she took in a few deep breaths of fresh sea air. She tried concentrating on the moonlight reflecting off the ocean, far below.

The sun was already beginning to set. There would be a full moon tonight. The image of her mighty highlander filled her head. Bewitched from dark shadows of night fall, Duncan’s handsome face would soon change, revealing the beastly image. She realized, she’d desperately fallen in love with the beast as well as the human.”

The muscles in her chest tightened. Her heart fluttered while warm spasms of energy tingled up and down her limbs. Duncan was near. She felt him. He was headed straight for a trap. And she was the bait. She needed to escape and warn him before it was too late.

With nothing but miles of emptiness in sight, the roaring wind hurled splashing waves against the dismal cliff walls.”

I had fun writing this scene, especially after looking inside a Castle dungeon.  Don’t worry – Keara escapes – with a wee it of help, of course . . . .  you’ll need to read Mortal Magick to find out how she got there in the first place and what happens next . . .

Thanks so much for stopping by!  Please feel free to leave a comment for a chance to win a free download ebook of your choice of Mortal Magick or Sea Wolf Magick for the holidays . . . . .

The winner’s name will be announced 8pm EST, on Monday evening, December 26th, 2016

15 Responses to The Magick of Irish Castles