Happy Halloween with a wee bit of herbal magick 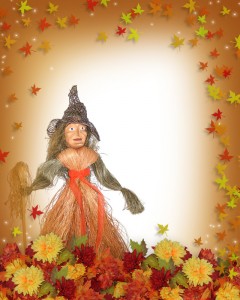 Don’t forget – there’s still time to leave a message for a chance to win a free ebook download of Sea Wolf Magick from my earlier post on Sunday!  If you missed it, go back and check out a few excerpts I shared from my new Highlander Magick Series in time for some Halloween Magick! 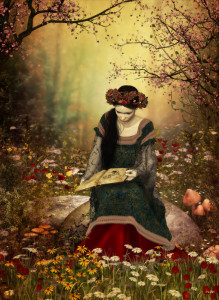 In the meantime – I wish to thank my dear friend, and talented author, Beth Trissel for allowing me to share her wonderful post and expertise  on a few herbal plants for Autumn!

Samhain (pronounced sow-en or sam-hayne) is from the Celtic ‘Samhuinn’ which means summer’s end. For Wiccans and Pagans, it’s a Sabbat to honor their ancestors. Samhain is believed to be the time when the veil between this world and the next is at its thinnest, and séances often held.

Since approximately the 8th century, the Catholic Church declared November 1st as All Saints Day which became the festival to honor any saint who didn’t already have their own day. The mass conducted on All Saints’ was called Allhallowmas – the mass of all those who are hallowed. The night before became known as All Hallows Eve, and eventually evolved into Halloween. 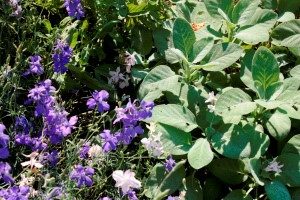 From The Scot’s Herbal by Tess Darwin: “All Hallows (traditionally the first day of the Celtic year) was a curious mixture of Pagan and Christian belief. In a fertility ritual enacted at Aberdeenshire until the last century (19th) farmers gathered the year’s first seaweed crop on New Year’s morning and placed a small heap at the door of each farm building, then shared the rest between the fields.” 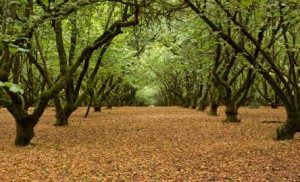 She goes on to say, “Hazelnuts were used in divination rites on Samhain (Hallowe’en). The feelings of one’s sweetheart could be ascertained by asking questions of the nut, then throwing it into the flames and watching the way it burned or jumped to reveal the answer.”

“Hazel was also sacred to witches, who sometimes used it for broom sticks, because it symbolized female wisdom. On the other hand, finding two nuts naturally joined together, called St. John’s nut, was a good omen and it could be thrown at witches, presumably to protect oneself against the evil eye.” 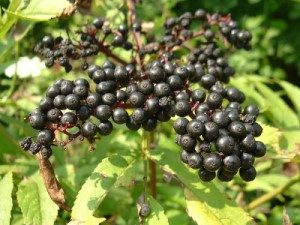 “Elder, often known as boun-tree in Scotland, and second only to rowan for protection against witchcraft and evil spells, was often planted at the back of a house and rowan at the front. A cross made of elder was hung on stables and byres to protect the animals within.” (Elderberries)

Extra safety precautions were taken during Samhain because of the thinning veil between the natural and supernatural worlds and fear of evil powers or enchantments slipping through. Prudent persons used every sacred tree and herb available for protection.

Also interesting from The Scot’s Herbal: “Hallowe’en rituals such as apple-dooking and throwing apple peel, removed in one long strip, over a girl’s shoulder to reveal the initial of her future husband, are the survival of Celtic Samhain rites of divination and prophecy.” 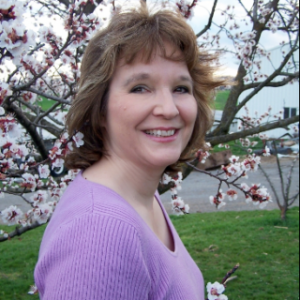 Please help me thank Beth Trissel, for allowing me to use this wonderful post to share on Halloween, by leaving your comments!

And don’t forget – for a chance to win a free download ebook copy of Sea Wolf Magick, please feel free to leave a comment and let me know what you love about mythical creatures and this magical time of year!

The winner will be chosen on  Monday, October 31st- HALLOWEEN by 8pm EST. 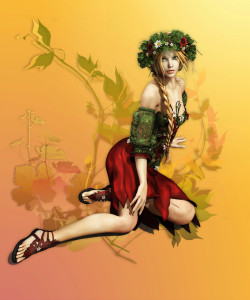