Good Morning Everyone and thanks for stopping by! I’m delighted to have as my guest today, author, Allie Marie.

*** Allie will be drawing a name from the people that leave her a comment at the end of her post, for a chance to win a free ebook copy of Teardrops of the Innocent! 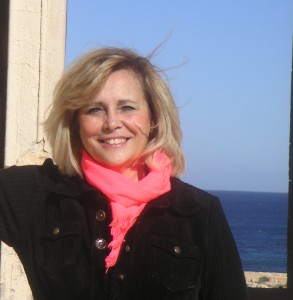 Please help Wee Darby and me make Allie feel welcome by leaving a comment ~ or two 🙂   All right then, lets find out a wee bit more about Allie and her newest release:

Teardrops of the Innocent

Allie, tell us a little about yourself.

Hi, Patty, thanks so much for having me on your blog today. I grew up in Virginia and from the time I was 10, I loved reading Nancy Drew and Trixie Belden mysteries, never suspecting they would inspire me to two careers. After a long first career in law enforcement, I finally retired and had the time to start writing the many stories that have been in my head all my life. Because of my police career, I always figured my first books would be some kind of a police story, but that’s not how it turned out.

What inspired you to write Teardrops of the Innocent: The White Diamond Story as your debut?

I’ve been interested in family ancestry for a long time, and in the past ten years have delved into the family histories of my family as well as my husband’s. I always knew that one of my mother’s grandmothers was French, but I never had much information. Then I had an interesting conversation with my then 88-year old uncle just before he died. He was the last surviving sibling of my mom’s family and he mentioned that we had a French ancestor who was a Revolutionary War hero. I was very fortunate to discover that the genealogy had been posted by another researcher, where I learned my ancestor came from France to fight against the British in Canada, and he married a woman from Acadia.  After the war, many French and locals were expelled for supporting the fight against the British, and the family settled in New York and eventually spread to New England states. These ancestors intrigued me and eventually inspired the colonial characters who appear in flashbacks throughout the True color Series. I got the idea to turn this into a ghost story so that my modern characters could discover their roots through genealogy research much the same way I did. However, their discoveries are enhanced by paranormal events. The main character, Stephanie, learns shocking news about her family and sets out to trace her family tree.

She knows she may find skeletons in the closet—she just doesn’t expect to find one buried in the back yard!

How did your story end up with a Virginia setting?

Well, after so much research went into locating the ancestors and developing the family tree, I didn’t want to conduct the necessary research to put the setting in an unfamiliar setting. I was anxious to create the fictionalized story right away! Virginia is rich in colonial history, and Portsmouth had significant events during the Revolution. I had chosen the year 1781 at random, and when I looked for events during that time, I found many references to Cornwallis and Benedict Arnold in Portsmouth at that time as the war moved toward its climax in Yorktown.

What are some of the paranormal events that occur in Teardrops of the Innocent?

Stephanie doesn’t pick up on the first subtle clues right away.  Twinkling lights offer clues to hidden secrets, and warm air brushes her cheek as she gets closer to other clues. Unexpected shocks like static electricity occur when she meets certain other characters. But once she moves to Portsmouth, more spooky events occurred as the ghost tries to get her attention. Tanner, a four-year-old boy becomes the conduit for the ghost of a colonial child named Nicole to appear, and through him she implores Stephanie to find her missing “teardrop.” His family thinks he has created an imaginary friend out of boredom, but Nicole’s ghost appears to Tanner in both an adult form and a child form.

The heroine of the story is Stephanie Kincaid. After she discovers a safe deposit box containing family secrets, she begins her search for answers in Olde Towne Portsmouth. Stephanie first encounters Terry Dunbar, a vibrant attorney who is in a dilemma helping out a friend Mary Jo Cooper. These two will be the heroines in the sequels. Then a handsome firefighter enters the picture and Stephanie is instantly attracted to him, but makes a mortifying mistake before she learns who he truly is. And of course there’s Tanner, Terry’s adorable nephew.

Wow!  What a fascinating story, Allie!

And I wish to thank you for sharing these wonderful photos with us!  I thoroughly enjoyed the interview today, and hope you will visit with us again soon.

You can find out more of what Allie has in store for the future on Facebook by clicking here:   Allie Marie

***Whoo Hoo!!!!  Wee Darby promised we’d have a grand turnout, and he was definitely correct!!!  I want to thank everyone so far, that has left comments today!  Allie happens to be my 1st official guest!!!  I am thrilled with all the responses, so “thank you”!!!!   I also wanted to chime in here real quick, and let you know that Allie will announce her winners tomorrow, Friday, April 8th, at 5 pm Eastern Standard time.  Now back to Allie . . . . .  🙂